Coach Of The Year – Loren Montgomery 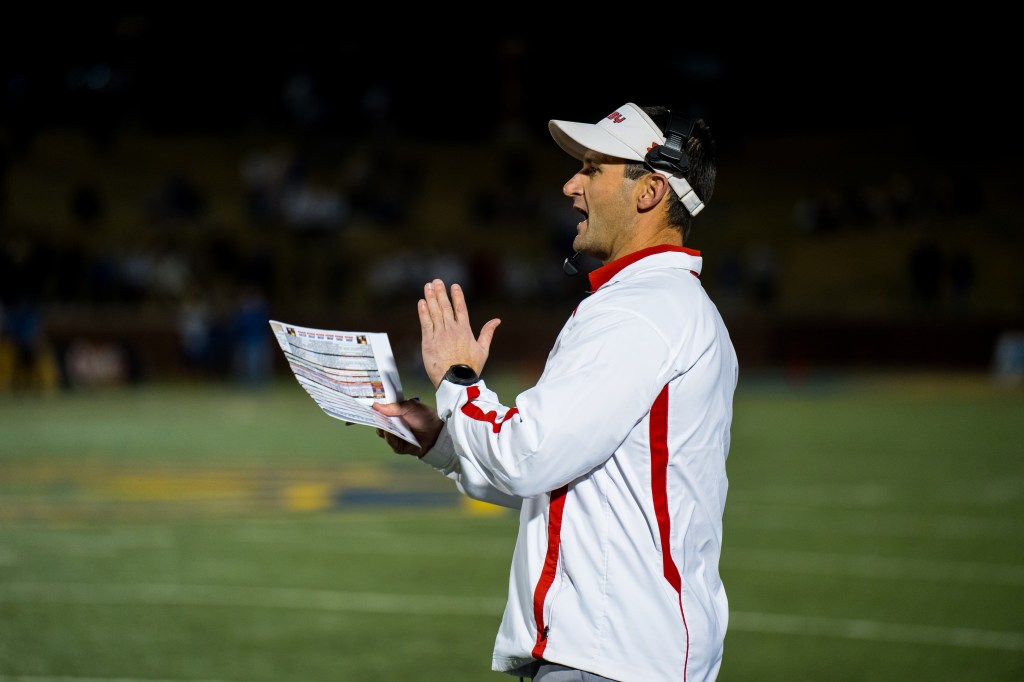 Get 25% off your subscription by entering Knight25 in the coupon code area. Enjoy!

The 2021 football season has come and gone. Once again, the football season has just flown by. A month removed from the final football games of the 2021 season, we continue our postseason coverage. This week, it’s been all about the best players in Oklahoma. On Tuesday, we announced the Prep Redzone Oklahoma Player Of The Year. Wednesday-Friday, we announced our various All State teams. Today, it’s time to recognize our 2021 Prep Redzone Oklahoma Coach Of The Year. In case you missed any of our posts from earlier this week, you can check them out below.

Player Of The Year – Erik McCarty

This year, our coach of the year award could really go to one person and that’s Bixby head coach Loren Montgomery. Several coaches led their teams to state championships this season and even more took their teams beyond preseason expectations. But when it came down to it, it’s hard to pick anyone other than Montgomery when you consider what he’s done not only this season but in the last eight years. However, everyone in the state should be on the same page that Bixby was the best team in Oklahoma this season and Montgomery has led this dynasty from the start.

The Spartans went 13-0 this year, capturing a fourth consecutive state championship and a seventh title in the last eight seasons. At this point, everyone knows about the winning streak unless you’ve been hiding under a rock and the Spartans have set the 11-man record in Oklahoma for most consecutive wins with 49. They haven’t lost a game since the 2018 season opener. They beat teams by an average margin of 50 points per game and the only close call was on the road against eventual 6A-1 champion Jenks.

2021 was the “Last Dance” for the Spartans in Class 6A-2 as they’ll be moving up to 6A-1 in 2022. Since 6A-2 was established in 2014, the Spartans owned it with seven out of eight state championships and they played for the title in every single season. Halfway thru their dynasty run, I think it was a legitimate question how the Spartans would do if they were in 6A-1. At that time, they wouldn’t have been the favorite and certainly not having the success that we’ve seen.

Fast forward to today and with the Spartans ready to finally make the move up to 6A-1 and that thought has completely changed. Not only are the Spartans clearly ready for the move up to 6A-1, they might go into 2022 as the favorite in their new class. Will they win 49 more consecutive games while in their new class? Probably not. Will they make eight consecutive state title games, winning seven of them? That’s unlikely as well. However, the Spartans are going to be right there in the mix with the other 6A-1 powers and should be considered a contender year in and year out.

And at the end of the day, that is because of how Loren Montgomery has built this program. They’ve had stability throughout this dynasty run and have continued to do so. They’re only getting better and stronger with each passing year. Five years ago, the jump to 6A-1 would have been scary for the Spartans. Now that we’re knocking on the door of that reality, the Spartans are ready.