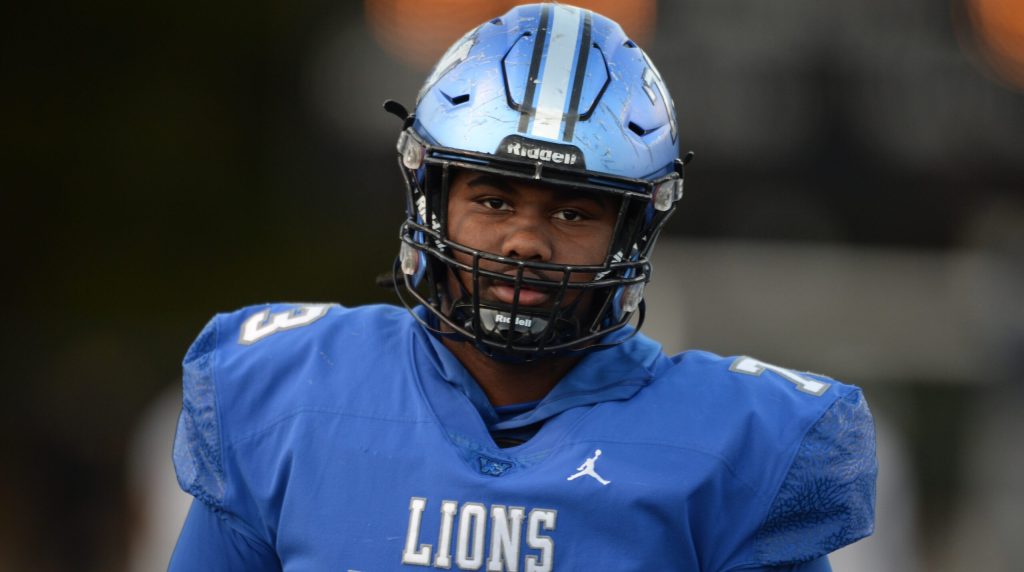 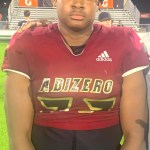 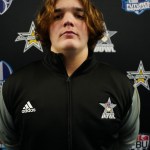 It’s hard to find a deeper, more talented position group in Georgia right now than the offensive line. Among each class, it’s easy to see the D1 talent scattered all over the state. Massive offensive linemen are adding offers on…

It’s hard to find a deeper, more talented position group in Georgia right now than the offensive line. Among each class, it’s easy to see the D1 talent scattered all over the state. Massive offensive linemen are adding offers on a daily basis this month and many are seeing their stock really take off on the recruiting trail.

Who are they? Let’s take a look…

One of the top overall offensive line prospects regardless of class, Gaston Jr is a massive young sophomore at 6-foot-7 335-pounds who absolutely crushed defensive lineman all season long for Westlake (GA). His father was an outstanding basketball player at Georgia Tech and the athleticism absolutely runs in the family. Gaston Jr. is incredibly athletic for his six and moves like a gazelle. He holds 330+ pounds with ease and does a great job of using his feet to stay balanced in pass protection. He obviously has a length frame and was a pancake machine last year at left tackle. He can overpower defenders with ease and puts them on their back whenever he wants. He’s physical, plays hard, and finishes his blocks as well as anyone in the area. He has easy 5-star potential and earned an new offer this week from Texas A&M. Look for him to have just about every offer in the book as he’s easily one of the top overall 2025 offensive line prospects in the country.

Arguably the top freshman offensive lineman last season, the North Georgia lineman started for an up and coming Cass program at left tackle and more than held his own all season. An athletic tackle with a D1-caliber frame at 6-foot-4 280-pounds, McWhorter certainly doesn’t look, or play like a high school freshman. He has the physical traits, but he also plays with a mean streak. He block until the whistle and consistently puts defenders on the ground. He can pull and get to the second level in the run game, allowing him to be a reliable lead blocker for the Cass running backs. He uses his length and hands well do grab onto defenders and does a good job of driving them backwards, eliminating them from the play. It’s easy to see his D1 talent as a freshman, and now the offers are rolling in. The standout 2026 prospect earned an offer this week from Arkansas and should see more come his way sooner than later. Look for him to be one of the highest-ranked 2026 OL prospects in thee South over the next several years.

One of the top 2025 offensive linemen in Georgia, which is saying a lot, Smith is a powerful interior offensive linemen who is versatile enough to play either right or left guard at the next level. He has plenty of size at 6-foot-4 295-pounds, and as a sophomore, really bullied some impressive 7A defensive linemen on a weekly basis last year. He’s quick off the snap, plays with good leverage, and shows great lower body strength, driving defenders backwards and out of the play. He shows above-average athleticism for his size and easy to run behind between the tackles. He can pull, get to the second level, and does a good job of engaging with linebackers and putting them on the ground. He’s also a powerful, dependable pass-blocker from the inside as well. There’s a lot to like about his game, and the D1 offers are rolling in for the impressive Parkview lineman. As good as he already is, look for him to get better and better over the next two seasons. He earned new offers this week from Texas A&M and Arkansas with more likely on the way.

An absolutely massive offensive line prospect at 6-foot-8 330-pounds, Brooks looks like a future WWE star due to his overall size and raw strength. He’s still developing as an overall lineman as far as technique and fundamentals go, but it’s easy to see the sky-high potential he brings to the table. He’s a mountain of an offensive tackle with plenty of length and raw power. He can overpower defenders with ease and can be so tough to longer, explosive pass-rushers to get around. When he gets his hands on a defender, he makes sure that defender is on the ground. He’s a force in the run game and can open up massive holes for any back. He was at St. Francis as a sophomore, and now the massive rising junior will take his talents to Buford for the 2023 season. His stock is on the rise and he has a chance to hold every offer in the book by thee time his recruitment ends. He’s had a monster week on the recruiting trail, adding major offers form Michigan, Florida, and Mississippi State.