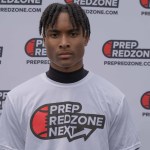 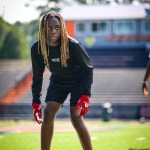 It’s never too early to talk about young prospects, especially when they’re coming in with plenty of hype and expectations. Sources in Georgia believe that Georgia’s 2026 class will be as deep and as talented as any class that has come through the peach state in years.

Bear McWhorter 6'4" | OL Cass | 2026 State GA is one of them. A massive lineman for his age, McWhorter has a big frame at 6-foot-4 280-pounds already and dominated as an 8th grader and throughout middle school. He’s physically imposing for his class and already shows impressive strength. He’s fundamentally sound, shows good footwork, and loves to train. He’s a competitor, has been an excellent young player his entire life, and now starts at left tackle as a freshman for an impressive Cass program in North Georgia. He looks the part, and as he continues to to develop and put on more weight over time, he has a chance to be a major prospect across the country in the 2026 class.

An excellent young prospect from the Savannah area, Gregory was very impressive at an Under Armour camp back in February and certainly doesn’t looking like a freshman coming into the 2022 season. At 6-foot-2 160-pounds, Gregory is long, athletic, and already shows quick feet that allows him to change directions well. He was impressive in footwork drills and translated that to the field where he had no problem getting behind defensive backs down the field. He also showed strong hands in drill work with the ability to reel the ball in and get upfield. He has plenty of height and length for his age, and he has the frame to add plenty of muscle and mass over the next several years. Look for him to have an outstanding career at receiver over the next four years.

One of the top young defensive backs in the state, Hicks already had D1 size and an excellent frame for his age at 6-foot-3 175-pounds. A dominant, explosive running back in 8th grade, Hicks has natural playmaking ability and a frame that translates well to safety. He’s long, athletic, rangy, and shows tremendous ball skills for his age. He has something special about him and started in his very first game at safety for a very respectable 7A program at Parkview. He had a big season opener as well, breaking up passes and coming down with one INT in his very first high school football game. That’s almost unheard of, but even against tough, Gwinnett County competition, Hicks should be up to the task all season long. He has enough talent and potential to push for 5-star status in the 2026 class when the time comes down the road.

A top young defensive back to know about, Hunter is now playing for one of the top 7A teams in the state in the mighty Collins Hill Eagles. Hunter is a hungry, promising athlete and a hard worker. He trains hard, shows good footwork, and shows good ball skills in clips online. He’s young and still has some growing to do, but Hunter has a lot of promise and one who has a bright future ahead of him at Collins Hill. He’s playing behind some talented defensive backs, but one day, his time will come, and he’ll likely be ready to make plays when the time comes. There are plenty of talented 2026 DBs in Georgia, and Hunter is one to keep a close eye on over the next several years.