Look Ahead: 10 Class 5A Players We Can’t Wait To See Play Again 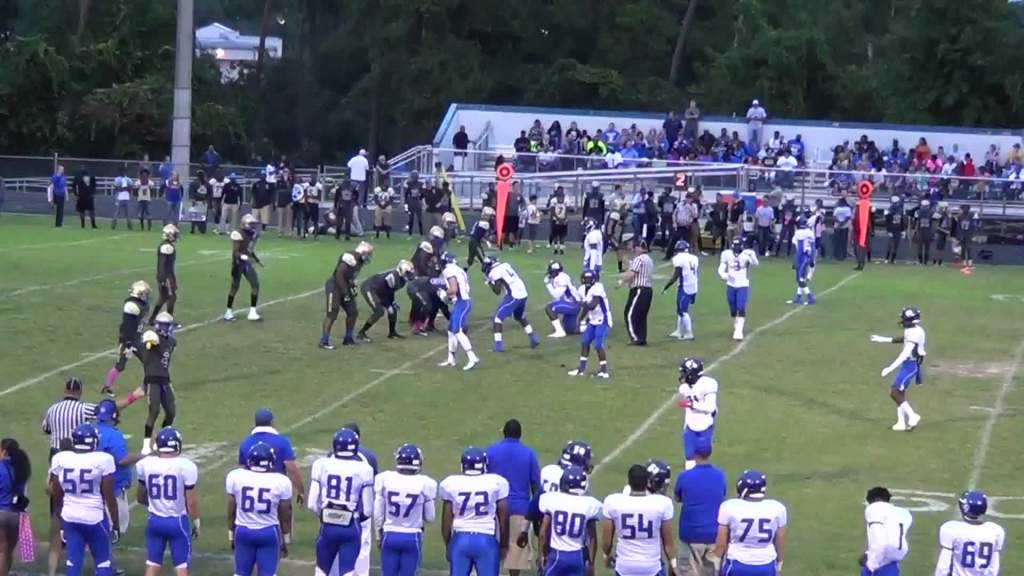 The New Mexico spring high school football season is over. But don’t blink because the regularly scheduled fall season will be here before you know it. How competitive was Class 5A in the abbreviated spring? Only three teams emerged unscathed…

The New Mexico spring high school football season is over. But don’t blink because the regularly scheduled fall season will be here before you know it.

How competitive was Class 5A in the abbreviated spring? Only three teams emerged unscathed – Farmington (5-0), Los Lunas (3-0) and Del Norte (3-0). Expect more of the same in the fall with Mayfield joining the Class 5A ranks on a full-time basis after facing just intracity rivals in Las Cruces and Deming during the brief regular season and then Farmington in the 5A ‘Bowl Game’ at UNM Stadium.

Here are 10 Class 5A players we’re looking forward to watching in the fall:

Brandon Furbee Brandon Furbee 6'3" | QB Farmington | 2022 State NM , QB Farmington: With Caleb Carrillo Caleb Carrillo 5'8" | QB Farmington | 2021 State NM graduating in a few weeks after throwing for nearly 1,200 and 21 touchdowns in five spring games, Farmington coaches, players and supporters were probably wondering who was going to play quarterback for the Scorpions in the fall. Enter Furbee, who is transferring from 4A Grants. He brings excellent size (6-4, 225 pounds) and a powerful throwing arm to the Four Corners.

Abraham Lopez, LB Highland: Lopez is the leader of a Hornets defense that did all they could to keep Highland in games this spring. However, the offense just couldn’t score. Lopez had 16 tackles and 2 TFL in the spring opener against Valley. He’ll be one of the top linebackers in Class 5A in the fall and should generate interest from the next level.

Adrian Solis, QB Goddard: Solis gained valuable experience directing the Rockets’ offense against stout defenses such as Roswell and Rio Rancho this spring. How much Solis improves between now and the season opener in August is a key offseason question for Goddard.

Jakeem Reed, RB Farmington: A quarterback’s best friend is a reliable running game. Farmington’s top two rushers were both seniors. Reed averaged 8.8 yards per rushing attempt in the spring, finishing with 194 yards on 22 carries. He could be the next great running back in Class 5A. If Reed is able to generate yardage on the ground, that should keep defenses honest and make Furbee’s job easier. If that happens, watch out.

Ryan Stovall, LB Alamogordo: Stovall had 30 tackles in five games as a sophomore in the spring. With two more seasons of prep football ahead of him, Stovall is definitely one to watch in the 2023 class. Certainly one of the top young defensive talents in Class 5A.

Paul Cieremans, QB Los Lunas: If there was a player in Class 5A we could genuinely say ‘emerged’ in the spring, it was Cieremans. He directed the Tigers offense with e maturity of a senior, so it was difficult to remember he was just a sophomore. Cieremans is now in the conversation for best 2023 QB in New Mexico.

Emmanuel Aragon, RB/WR Belen: Aragon didn’t touch the ball that much in the spring, deferring to the seniors on the Eagles, but when he did he was highly productive. He averaged 6.2 yards per rushing attempt and a staggering 30.8 yards on four receptions. He should enjoy a much larger role in the Belen offense this fall.

Jake Barrera, RB Artesia: Artesia will have a new head coach, new quarterback and new offensive leader in the fall, so look for Barrera to fill the void. He rushed for 452 yards on 71 carries, averaging 90 yards per game on the ground. He formed a formidable duo with WR Braxton McDonald Braxton McDonald 5'10" | WR Artesia | 2021 State NM , who is headed to New Mexico State.

Jose Montoya, RB Mayfield: Montoya didn’t have as many carries as fellow rising senior Calvin Cox Calvin Cox 5'9" | RB Mayfield | 2022 State NM , but he averaged an impressive 9.5 yards per carry in the spring (372 yards on 39 carries). Between Montoya, Cox, returning QB Daniel Granados Daniel Granados QB Mayfield | 2022 State NM and WR JJ Davis, the Trojans’ offense could be prolific to say the least in the fall.

, QB Alamogordo: Prolific running back Sean Hays Sean Hays 6'0" | RB Alamogordo | 2021 State NM is graduating, so Alamogordo could rely more on the throwing arm of Mello in the fall. He threw for 590 yards and 7 touchdowns in five spring games.