Quarterback Names to Know: Class of 2021

Some of the top qualities that are looked for in a QB are strong leadership, precise decision making, and the ability to sling it. Below is a list of returning QBs who possess those characteristics and much more. Julian Hammond…

Some of the top qualities that are looked for in a QB are strong leadership, precise decision making, and the ability to sling it. Below is a list of returning QBs who possess those characteristics and much more. 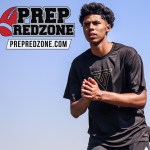 Hammond III finished his junior season with a total of 2,354 passing yards, 28 passing touchdowns, three rushing touchdowns, and a 5A state championship title. He completed 187 of his 295 passes (63%) and threw a total of seven interceptions on the season, which resulted in a 108.8 quarterback rating. In one of his better games, he went 11 of 14 (78%) with 237 yards and four touchdowns in a 47-7 win over Chaparral. Hammond III, who is also one of the top point guards in the state, is a dynamic athlete with an incredible arm and shifty athleticism. 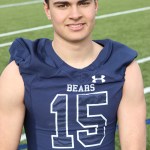 McAllister and the Bears are coming off of a third straight 3A state championship-winning season. The Colorado State commit finished fifth in the state with 2,647 total passing yards, averaging 220 yards per game while completing 136 of his 223 passing attempts (61%). He threw 28 touchdowns with only three interceptions on the season, giving him a quarterback rating of 136. One of his best performances came against Holy Family when he went 18 of 24 (75%) for 332 yards with five touchdowns, resulting in a 63-7 win over the Tigers. McAllister has quick footwork, heightened pocket awareness, a strong arm, and accurate decision making. 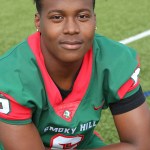 Richardson III finished third in the state, first in class, in passing yards with a total of 2,858 yards. He completed 167 passes of his 254 attempts (65%) with 28 touchdowns and eight interceptions (127.4 QBR) on the season. Richardson III is a poised pocket passer with a quick release who is capable of extending the play when needed. In the 41-0 win over Northglenn, he went 18 of 22 (83%) for 398 yards with five touchdowns.

Bynum threw 34 touchdowns last season which is the most of any returning QB in the state. He threw for 2,556 total yards while completing 151 passes of his 259 attempts (58%). With a total of 7 interceptions on the season, giving him a QBR of 120.1 for his junior season. He has a very strong arm and prefers to stay in the pocket, but Bynum has the ability to do real damage with his legs. One of his more impressive wins happened during the 2A state playoffs against Faith Christian. He went 17 of 21 (81%) with four touchdowns in the 37-35 win over the Eagles.