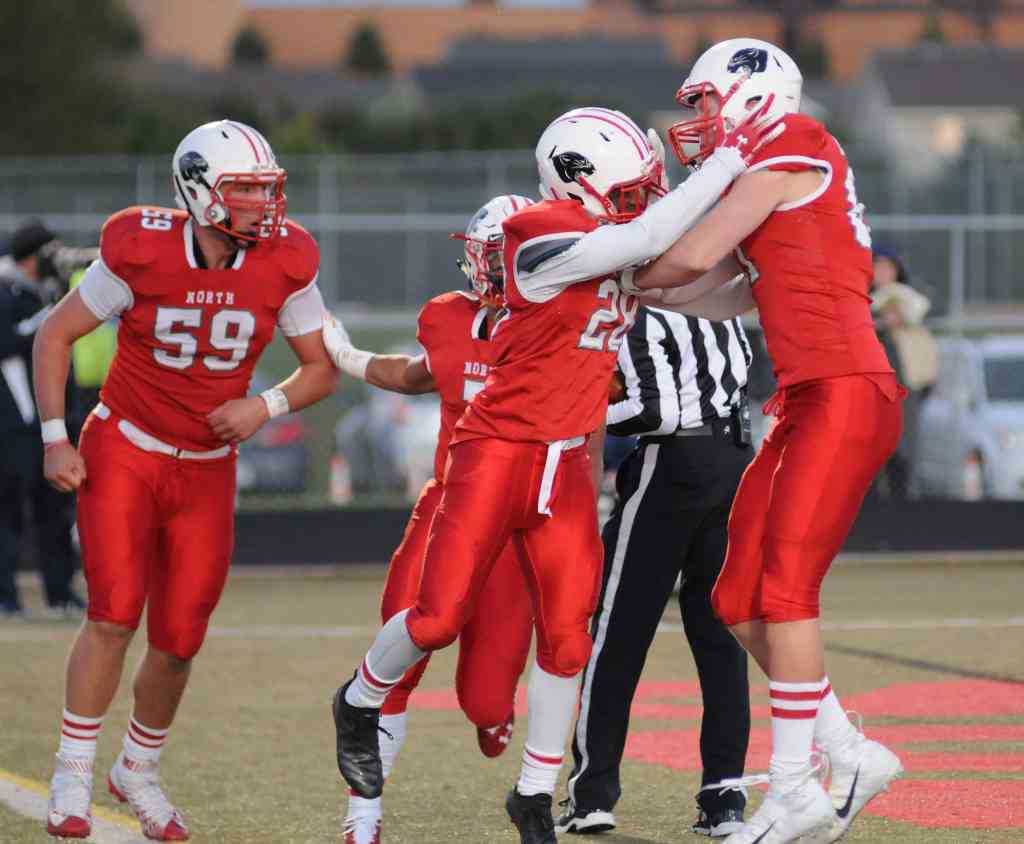 Lakeville North got the validation it needed.

It wasn’t the vaunted offensive line nor the incredible backfield that completely accounted for the Panthers’ 28-21 Class 6A title victory over Eden Prairie Friday at U.S. Bank Stadium. Instead Lakeville North can point to its unbelievable defensive performance in the second half as to the reason why the Panthers completed an undefeated season and defeated a nearly indefatigable Eagles program that had won 11 Prep Bowls in 14 trips.

Ryan Mudgett made a game-winning tackle for Lakeville North after Eden Prairie completed a pass to Cade Kramer on a fourth-and-25 that ended up just a few yards shy of a first down with 24 seconds to play. The Panthers shut out the Eagles in the second half after the two teams played to a 21-21 tie in the first half.

RaJa Nelson provided the go-ahead score with a 10-yard touchdown run with 9:36 to play in the third quarter as Lakeville North defeated Eden Prairie for the second time this season. The first victory came in the second week of the season when the Panthers beat the Eagles 14-0 and sent shockwaves throughout the state.

Lakeville North’s offensive line did much of the heavy lifting throughout the season and helped lift the Panthers to a state title, too. Lakeville North rushed for 170 yards behind 85 yards from Brian Curtis Jr. and 73 yards from Nelson.

But that Panthers defense held Eden Prairie to 284 yards of total offense. Jordan Amundson led the Eagles with 101 yards rushing, 80 of which came on a touchdown run in the second quarter that put Eden Prairie up 21-14 at the time.

Lakeville North responded on its next drive with Nelson running in from 1 yard out with 54 seconds to play in the first half to tie things up after the extra point kick.

Eagles quarterback Cole Kramer, a Gophers recruit, finished 7-for-17 passing with 146 yards and one touchdown pass.

His counterpart Brennan Kuebler completed 3 of 4 passes for 95 yards with a touchdown but Curtis Jr.’s 48-yard halfback pass to Nelson set up the game-tying touchdown in the first half.

The Panthers took their first lead of the game after Kuebler found Keaton Mohs for a 73-yard touchdown pass with 1:26 to play in the first quarter.

BEYOND THE BOX SCORE